Reporting Point – Parking Zone, outside platform No 5, Bhopal Junction Railway Station.
Bhopal Board or Selection Center Central has 4 Boards which are 20SSB, 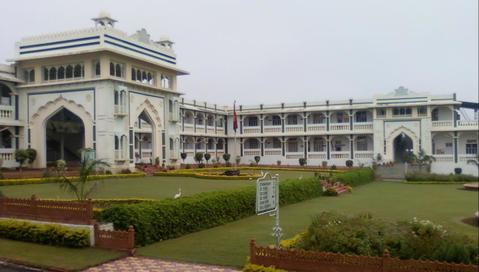 21SSB, 22SSB and 33SSB, the last board i.e. 33SSB is for Indian Navy while other three are for SSB Interview of Army. Every year the Centre short lists numerous courageous and dynamic young candidates for inclusion in Army and Navy after tough training.

Bhopal Board is very well managed, it has a cyber cafe a restaurant named Etopia and a canteen to fullfill needs of candidates. A big board on the gate where a tag line Always a Winner is written which creates a sense of positive attitude among the candidates. The centre has a well managed mess, T.V room, Motivational Hall and a Badminton court for candidates where they can play after testing hours.


"In Bhopal a private restaurant owner gives breakfast and snacks after the exam which seems to be free but you have to pay for it so choice is your to take it or not."

Air – The Raja Bhoj Airport has service of Air India, Jet Airways, JetLite and SpiceJet which connects the city to Delhi, Mumbai, Indore, Hyderabad, Kolkata, Chennai and to various other destinations.

Following are the Hotels which are close to Bhopal Junction Railway Station.

The city is also known as the City of Lakes due to its natural and artificial lakes. The Upper Lake is the largest artificial lake in Asia. Nature lovers can have a look at the Van Vihar National Park, Another famous monument of Bhopal is Taj-ul-Masajid which is largest mosque in Asia. Other place of tourist interests includes Lal Parade Ground, Sair Sapata, Birla Mandir, Bharat Bhawan and New Market.
As per Selection center’s Guidelines Boating is not permitted in lakes.