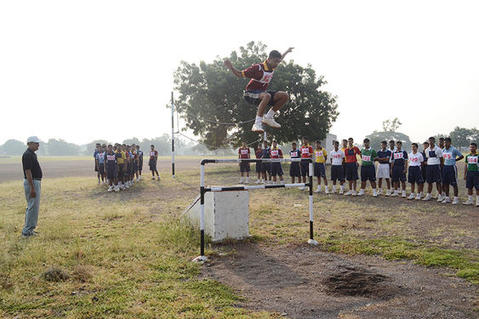 Bangalore Board or Selection Center South has three Boards which are 12SSB, 17SSB and 24SSB, the first board i.e 12SSB was raised on April 1,

1949 which shortlists candidates for Army and Navy. An addidional board 24SSB was raised in December 1962 and the third board 17 SSB was shifted from Roorkee in March 1976

Bangalore also pronounced as Bengaluru is the capital of Indian state Karnataka. Bangalore fort was captured by the Britishers in 1791.

Bangalore is easily accessible from various parts of the country.

Air – The Bengaluru International Airport has service of approximately all air carries operating in the Country. There are frequent and daily service to and from Mumbai and Delhi.

Following are the Hotels which are close to Bangalore City Railway Station.

he city is also known as the Garden City of India. Important tourist attractions are Commercial street, Brigade Road, MG Road, Vidhana Soudha etc. The city also hosts many lakes and parks. Special buses are offered by BMTC for sightseeing which includes a double Decker open roof bus known as Cauveri. For nature lovers Bangalore offers various parks and gardens like Lal Bagh, Cubbon Park and Birds at Hebbal lake. There are numerous historical monuments in Bangalore such as Bangalore Fort, Tipu Sultan’s Summer Palace, Bangalore Palace and Mayo Hall. The city also has many IT Parks such as ITPL, Manyata Tech Park, Bagmane Tech Park, Global Village Tech Park. FunWorld an Amusement parks where you can have great fun.